studio LFA is and architectural and town planning practice dedicated to the design of sustainable neighborhoods and buildings that challenge conventional development throughout the world.

A significant aspect of the practice work is its innovative and unique design techniques as well as planning regulations that accompany each design, ranging from regional, metropolitan, town scale, and architectural design, each tailored to the individual projects within the urban form of its context and sensitivity to the culture and climate of each place.

The practice collaborates with other international leading planning and architectural design practices, with diverse professional backgrounds that create sustainable design, individually to each region of operation. This methodology has enabled studio LFA to undertake on complex challenges that have delivered outstanding communities globally.

studio LFA design method places the highest value on a researched understanding of the project’s parameters: its location, its context, and its function.

Understanding the intrinsic qualities of the site allows us to devise design solutions and implementation strategies that will derive full advantage from the site’s opportunities and effectively contend with any challenges it may present. Size, configuration, topography, entitlement framework, regulatory conditions, existing and needed improvements and connectivity are dutifully researched and documented in order to ensure the project will be firmly rooted on the site.

Understanding the culture, customs and practices of the place enables us to properly connect the site to its surroundings. The team pays close attention to the configuration, disposition and massing of the extant fabric and contiguous environment the essential elements of the place can be deciphered and incorporated into the project. When completed, the project should reflect the best and most defining qualities of the place and further set a new standard for others to behold.

The alliance with regional leading firms based in Australia, Europe, Asia and America provides planning assistance services for a wide variety of projects globally. The practice’s network of skilled practitioners is extensive and can be tailored to fit the needs of clients that range from government agencies and development companies to individual landowners.

studio LFA is instrumental in maintaining the high standards offered by its planning and design practice. By limiting its workload, the Principal is able to participate in every project that is selected. This approach has established the studio’s reputation for excellence and has greatly increased the reach of the practice’s design philosophy and innovative technique. Maintaining the quality level required to achieve equal results for projects beyond practical reach requires the alliance with talented professionals in various regions of the world to leverage and train new resources.

The practice has always collaborated with professionals in a process of mutual learning to ensure that its projects are designed to the highest standards. The studio has operated as a “virtual practice,” effectively involving the most advanced practitioners in its work. Teams are constructed and dismantled as needed on a project-by-project basis.

The collaboration with the affiliate firms in other locations optimizes the design techniques and talents of studio LFA at a global scale. 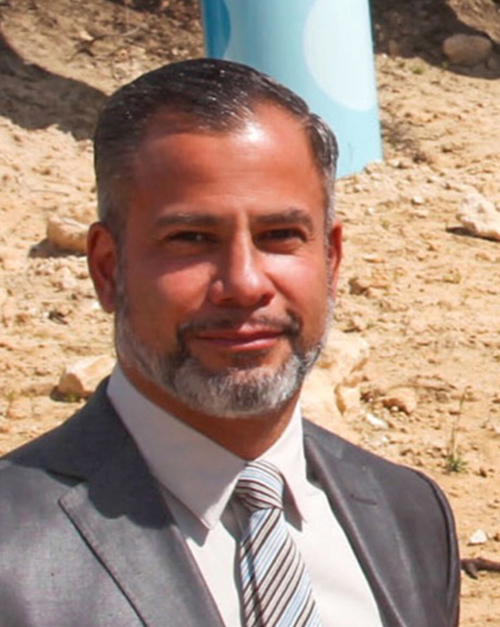 Ludwig Fontalvo-Abello is an architect, urban designer and town planner with 30 years of professional experience in land use planning, urban and architectural design; and management of a broad range of projects in the private sector. Ludwig is known for his community-designed projects throughout the Americas, Europe, Asia, Middle East and Oceania.

Prior to founding Studio LFA, Ludwig spent 13 years at DPZ & Company where he served as a Director of the firm and co- founded DPZ’s first affiliate office. During his 30 years of professional experience, he has been mastering his own innovative design and coding techniques that are based on sustainable neighborhood design.

Ludwig’s frequent travel worldwide enables him to research, document and experience the most successful established communities that influence his design approach. His design skills in both urban and built form have been employed in a wide variety of projects from green field, new towns to urban infill neighborhoods. Many of his works have received National and International recognition. He is based in Philadelphia and Miami Beach. ­­