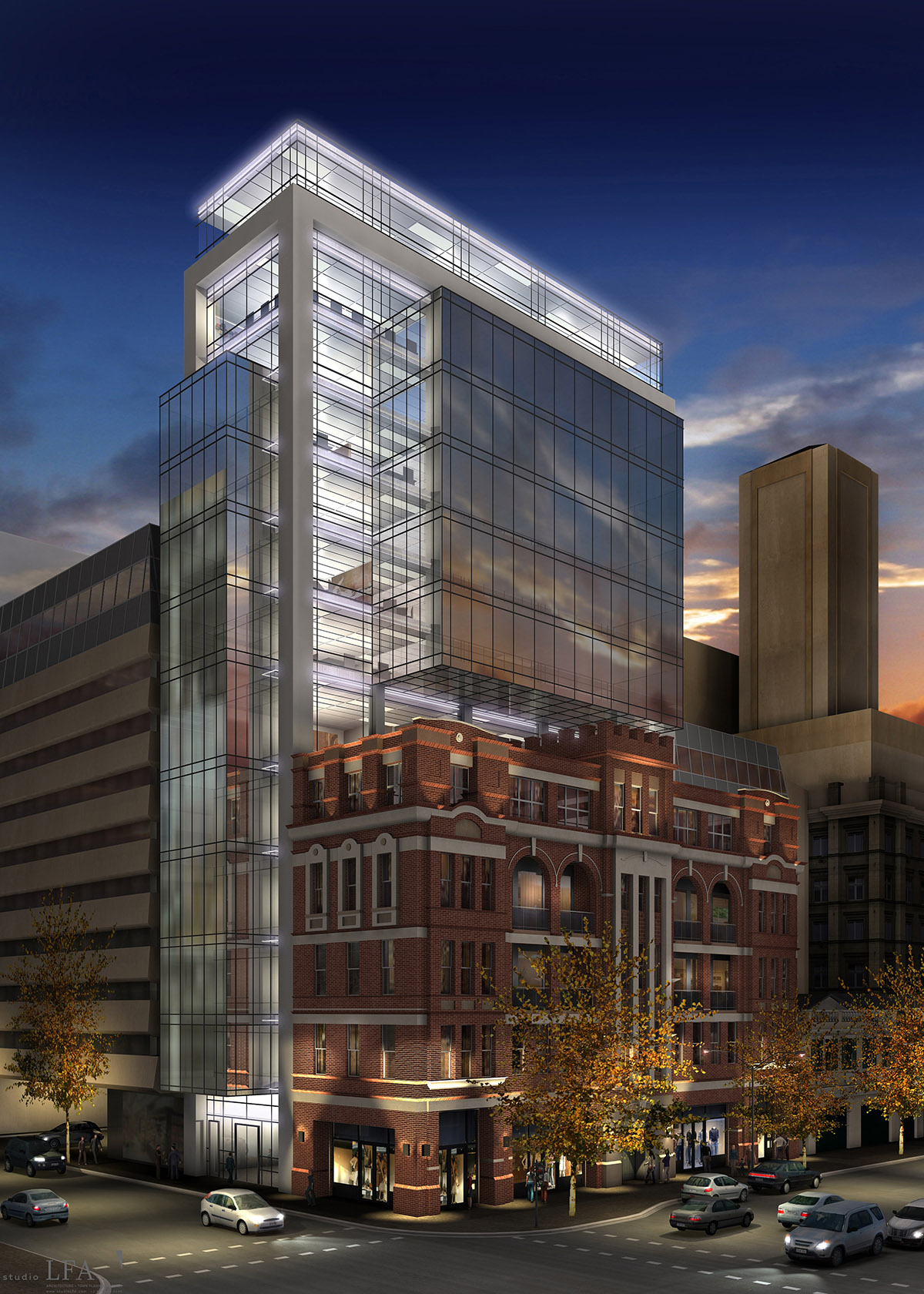 INFORMATION
The Gawler Chamber’s Building revives a dream from the 1910s, when former South Australian Company Professional Chambers envisioned North Terrace as a vibrant new quarter for Adelaide as it did for the East India Company in Calcutta or Jardine, Matheson in Hong Kong. The SAC group commissioned this Edwardian building, designed by Messrs English & Soward to house their early industries offices, from whaling to pastoral farming. The building was erected in different stages, completed in 1960 by the Adelaide Development Company EDC would eventually become a landmark for the entire city and Australia.

In order to respond to the historical merit found in the Gawler Chambers Building, a new and innovative, twelve-story, mid-rise tower has been designed to serve as a liner building to protect the integrity and character of the original building. By stepping back considerably from the historic façade, the addition of the mid-rise structure will not over power the existing structure and will help preserve the existing character of the urban fabric of both North Terrace and Gawler Place while providing the historic structure with a modern addition only further re-enforcing the Gawler Chambers Building’s status as a landmark for the city of Adelaide.

The current proposal is crafted as an extension of the existing Gawler Building. Often times there are challenges associated with merging traditional structures such as the Gawler Chambers Building with a modern addition. However, the primary goal of this project is to establish a creative dialogue between historic and contemporary which serves as a positive and harmonious contributor to the local urban fabric.

Introducing a contemporary structure such as this, to the area, allows for a new office concept currently absent from the local market. Modern engineering, both structural and mechanical, allows for the combination of geometric volumes, which cantilever over the air rights of the existing historic building. The extrusion of these volumes provides for numerous areas of varying degrees of privacy organized by the interlocking volumetric play, established by the building massing and changes in materials.

The main mass of the addition rises from the back of the Historic Building with a framed glassed enclosure, employing a double reflective fenestration system allowing for optimal physical comfort in all climactic conditions. The historic enclosure is restored to forms an urban collage both vertically and horizontally with the new glazed liner building. The ground level of the exiting structure serves as the most public area with the main lobby and various scales of street level commercial activities. While the tower, lined and capped by luminaries’ diffusers (LED Lighting) glows in the shadows of the State Library and the Gardens of the South Australia Government House.

The new building is not only distinctive in looks, but also in environmental terms. The structure aims to serve as a local precedent for sustainability through green roof technology and terrace gardens which are not only aesthetically pleasing but also serve to purify air and collect water further conserving natural resources.

The integration of the newly restored historic structure and the glazed liner building creates just a small portion of an overall urban mosaic whose goal is to serve as a conduit for good urbanism throughout the city. 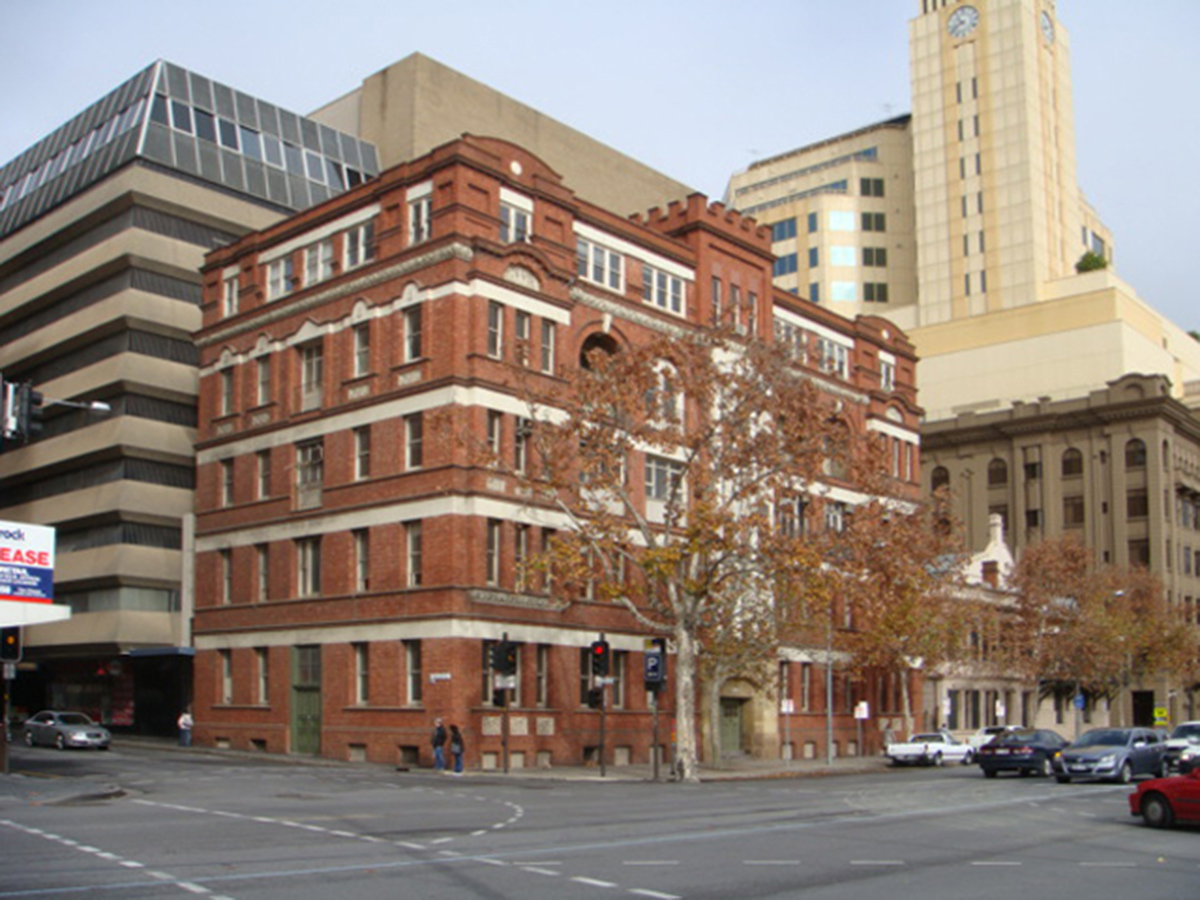 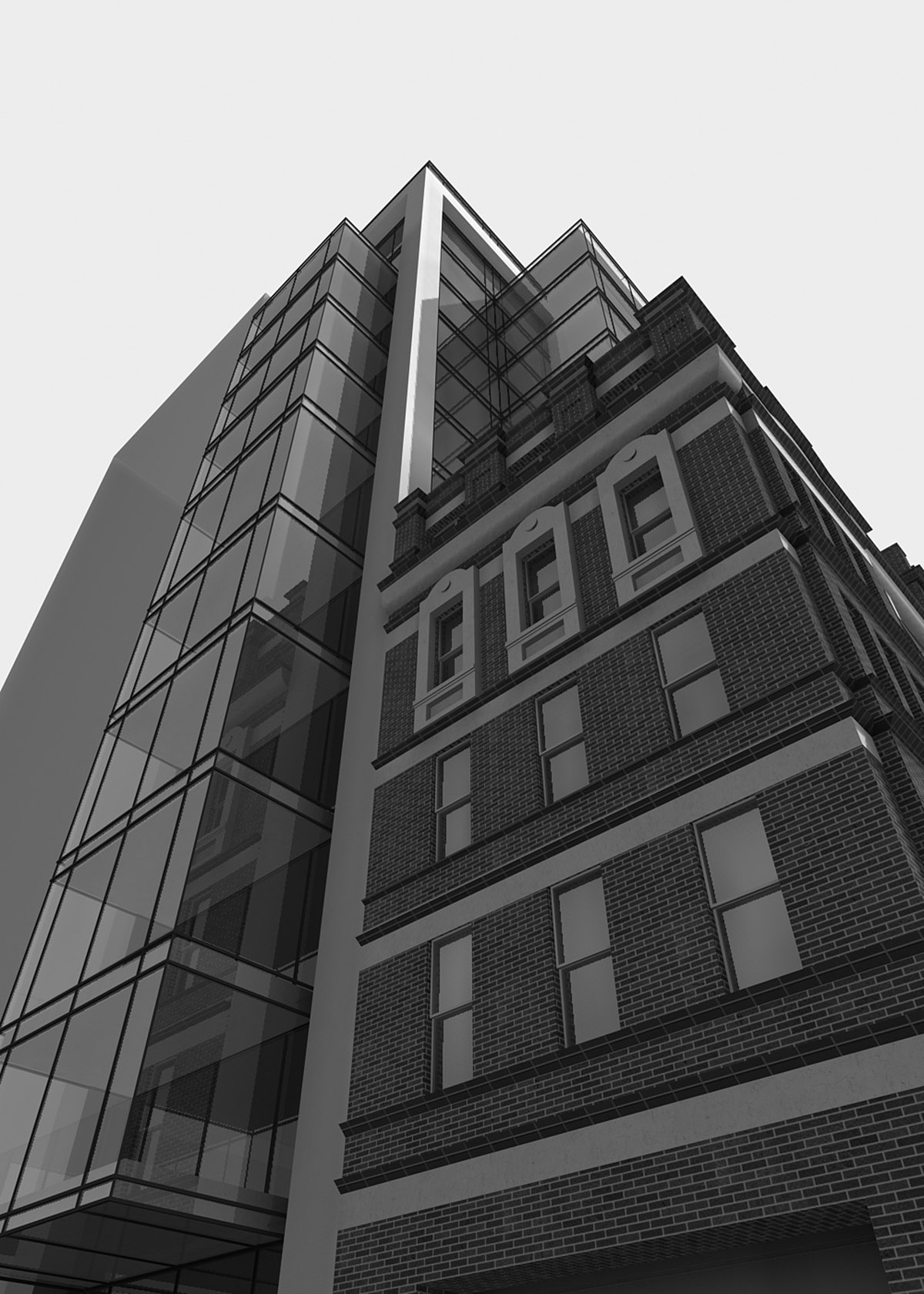