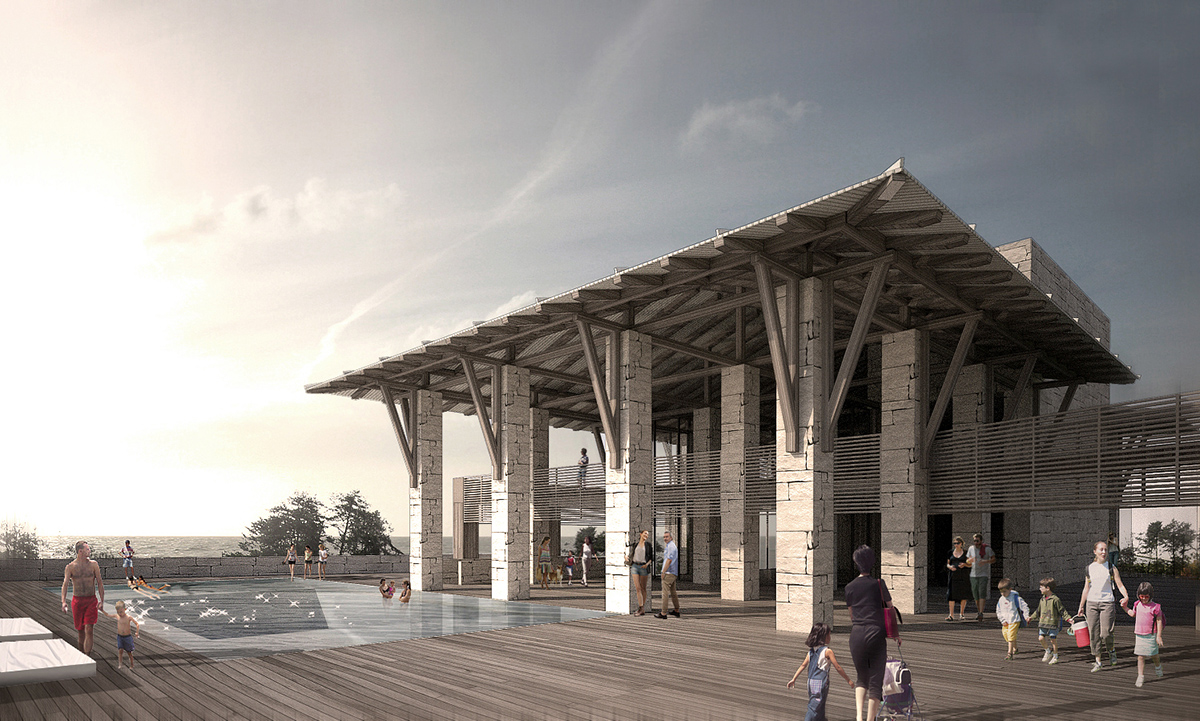 INFORMATION
EDC commissioned studio LFA to design the Jindee Surf Club as one of the primary public building within Jindee.  Located at the terminus of the main boulevard and serving as the framing element for major views to the water, the Jindee Surf Club is envisioned as the project's main retail anchor and public facility along its foreshore.

The Jindee Surf Club is intended to be a flexible use building type providing a variety of services.  The Surf Club will hold a public pool, cabanas, surf and outdoor recreation facilities, restaurants, shops, and grass bathing areas accessible to all of the residents of Jindee.  The Surf Club's foreshore location was chosen specifically to be the anchor to the main athletic area where residents will be able to enjoy tennis, volleyball, and a variety of other beach related activities.  A pontoon will serve as a floating walkway in to the ocean for residents to obtain a 360-degree view of all of Jindee and its surroundings.

The Jindee Surf Club, in the same manner as the Nursery and Sales Center, utilizes the style of three of the most notable precedents of Western Australia; Cottesloe, Freemantle, Rottnest.  Together, these three buildings will set a standard for the overall architecture vision within Jindee and should be looked at as precedents for the future building types at Jindee.

The building is set within the distinct topography of the Foreshore; the Surf Club becomes accessible from many separate areas.  From high elevation, the tower serves as another landmark, will serve, as the primary entrance from the high grounds, while patrons of the beach will be able to gain entry from the lower grounds. The pool of the Jindee Surf Club will serve as a transitional element in the middle grounds between the tower and the surf activities to take advantage of the great views of the Indian Ocean.  The Surf Club utilizes a series of colonnades not only as freestanding elements, but also as screens between garage entryways, surf activities and to provide shade to the rest of the structure.

The lower level is the home to a series of service related uses such as boat, pool, and surf storage, a kitchen, and an office for the manager of the facility as well as shower facilities for beach patrons.  The primary feature of the ground level is a two-story colonnade featuring a pool and public lounge area with open and enclosed areas to be used at all times.  Shade structures enclose the area along the beach and topography to the rear giving residents additional areas of refuge from the heat.  Space for a cafe is also provided with intimate seating with magnificent views of the Ocean.  The upper level includes amenities such as a meeting room, an informal bar area, as well as a wrap around veranda with additional seating.

A catwalk connects the main facility with the entry tower.  Serving the Surf Club to accentuate the main point of access and views from the elevated northern edge of the site. The tower serves as the iconic element that most people will associate with the Surf Club.  Program within the tower includes a formal entryway with a habitable resident use with a double height, living and kitchen area, a master suite, and rooftop terrace that can operate as a guess suite of caretaker’s apartment.

The massing of the building was inspired by how the Cottesloe Surf Club engages the surrounding topography, the beach as well as the adjacent grass bathing area; with other inspiration drawn from the works of Frank Lloyd Wright. Traditional wood and stone serve as the primary materials giving the Surf Club a soft modern look.  This modern yet vernacular aesthetic, along with traditional proportions, and the horizontality of the roofs and porches helps soften the surrounding topography transitioning between the surrounding hills and sea level.

The combination of traditional building techniques and native building materials and plant species provides Jindee with an opportunity to create a major public building with minimal ecological footprint, all while becoming a positive aesthetic contributor to the project. 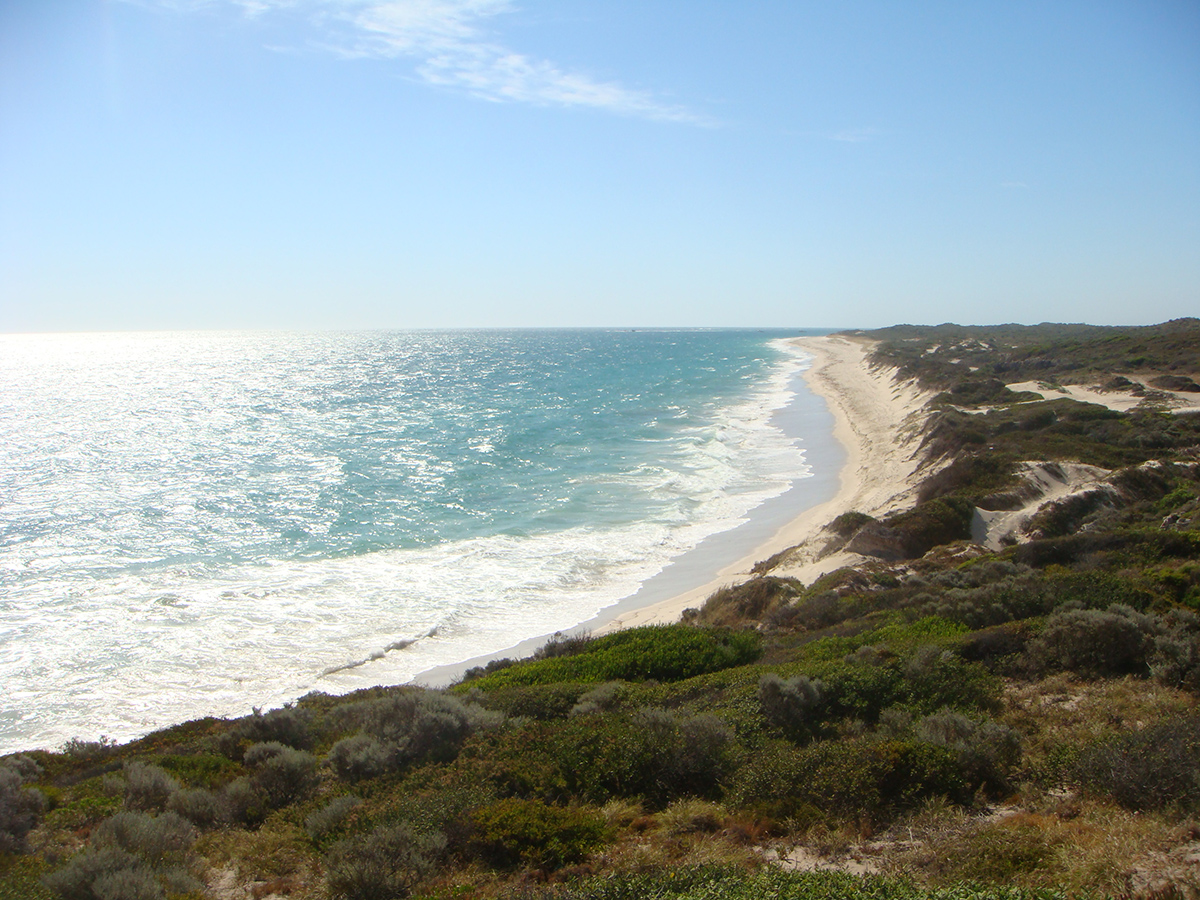 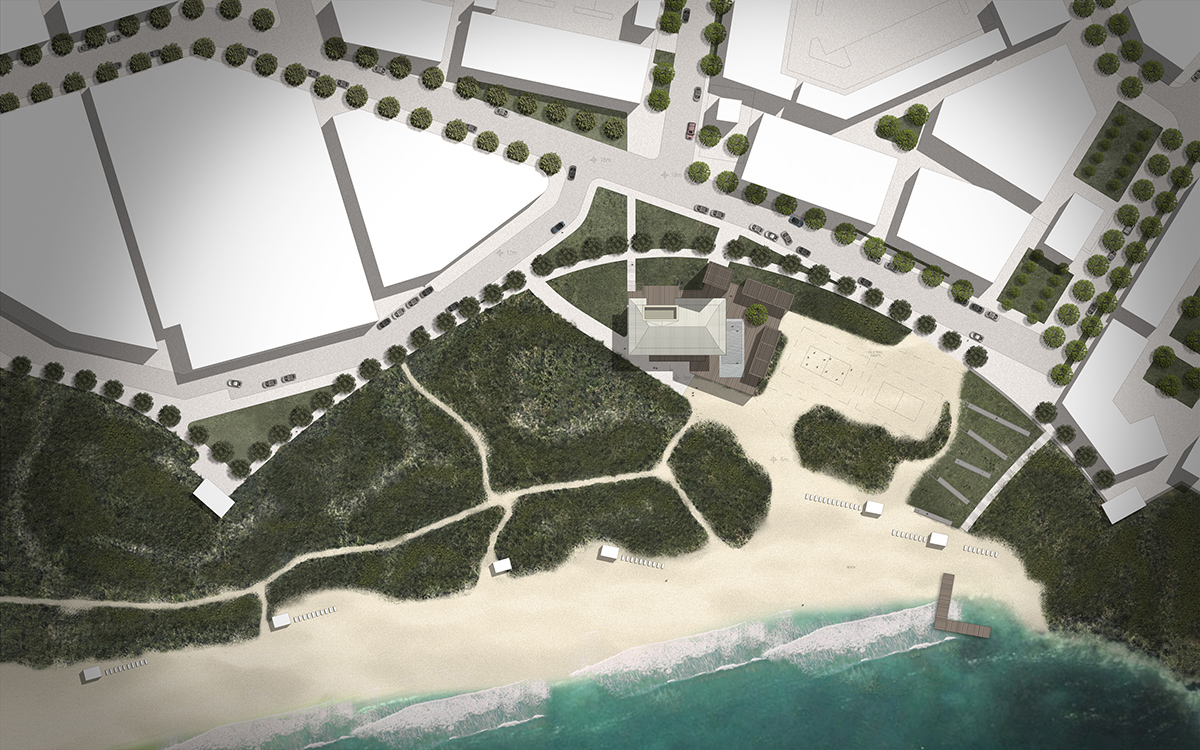 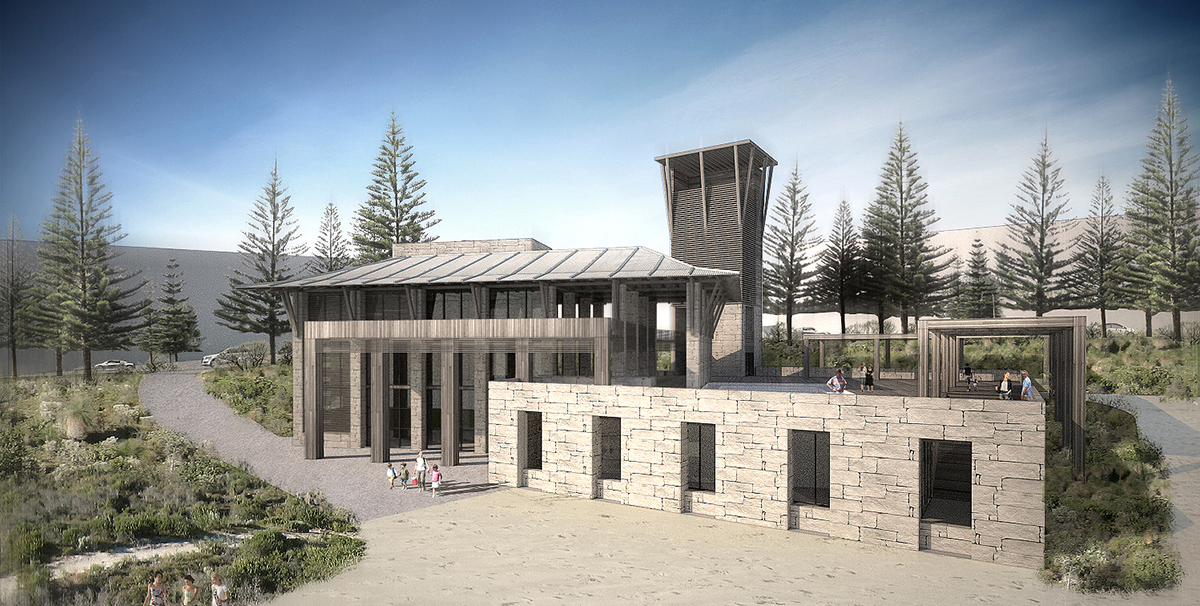