INFORMATION
Veneto, designed by studio LFA, is currently under construction and is envisioned as a self-sustained and dynamic urban community. Covering an area of 214 hectares, Veneto will serve a population of 14,000 people. The end result is a neighborhood, which meets development capacity and related infrastructure needs while providing for all of the conveniences of modern living.

Veneto is the first neighborhood increment to be developed under the principles of Traditional Neighborhood Design (TND) by Nakheel within its Waterfront Project. Designers paid specific attention to maintain public access to the water’s edge. A boulevard-like park and beach area provides unique amenities to the project unlike any found in other developments in the area. Land is re-graded and raised gradually in order to maximize views to the Gulf and beyond.

The urban fabric provides a number of view corridor axis from the water’s edge stretching as far inland as possible, benefitting all residents not just those privileged enough to live on the water as in most traditional waterfront developments. High-density housing types and mixed-use buildings surround civic spaces creating formal public squares while low-density residential types surround designated open space.

Each neighborhood in the community is walkable and contains multiple uses, ensuring an approximately five-minute-walk from edge-to-center. A network of paths and streets, suitable for both pedestrians as well as vehicles spread equal access to waterfront, shopping, educational, and worship facilities. A transit-oriented component is also integrated throughout to allow for regionalized travel opportunities, which do not rely on the automobile.

Housing types can be described as a modern interpretation of traditional building forms. Many local Arabic traditions are incorporated into these residences including roof decks, wind towers, and shaded courtyards. Climatic issues are addressed in the form of building orientation to take advantage of sea breezes, and windowless walls to combat the heat of the south and west. The plan also features the first rear-lane-access thoroughfare providing for a more diverse range of housing types, including live-work townhouse units.

The Veneto design team, led by studio LFA, features a multi-disciplined group including RobertsDay leading the planning forum, FMK leading the architectural design and a number of local and international consultants. 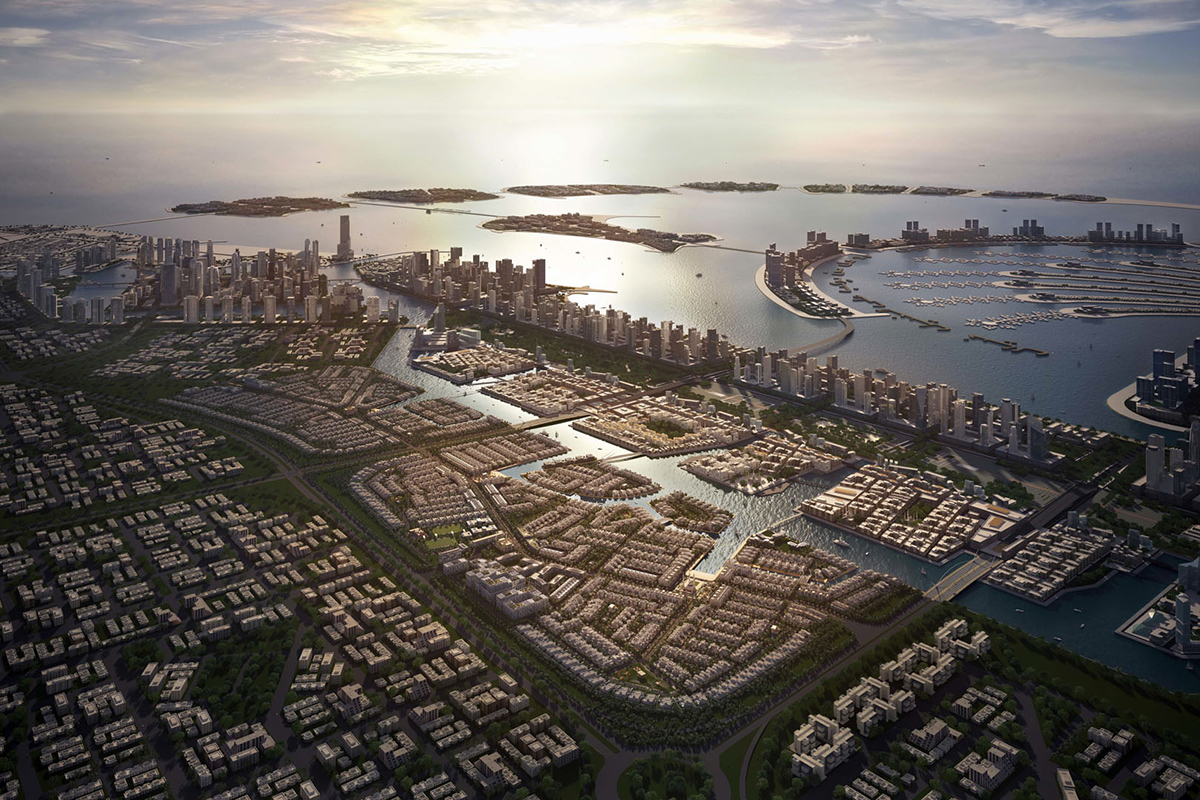 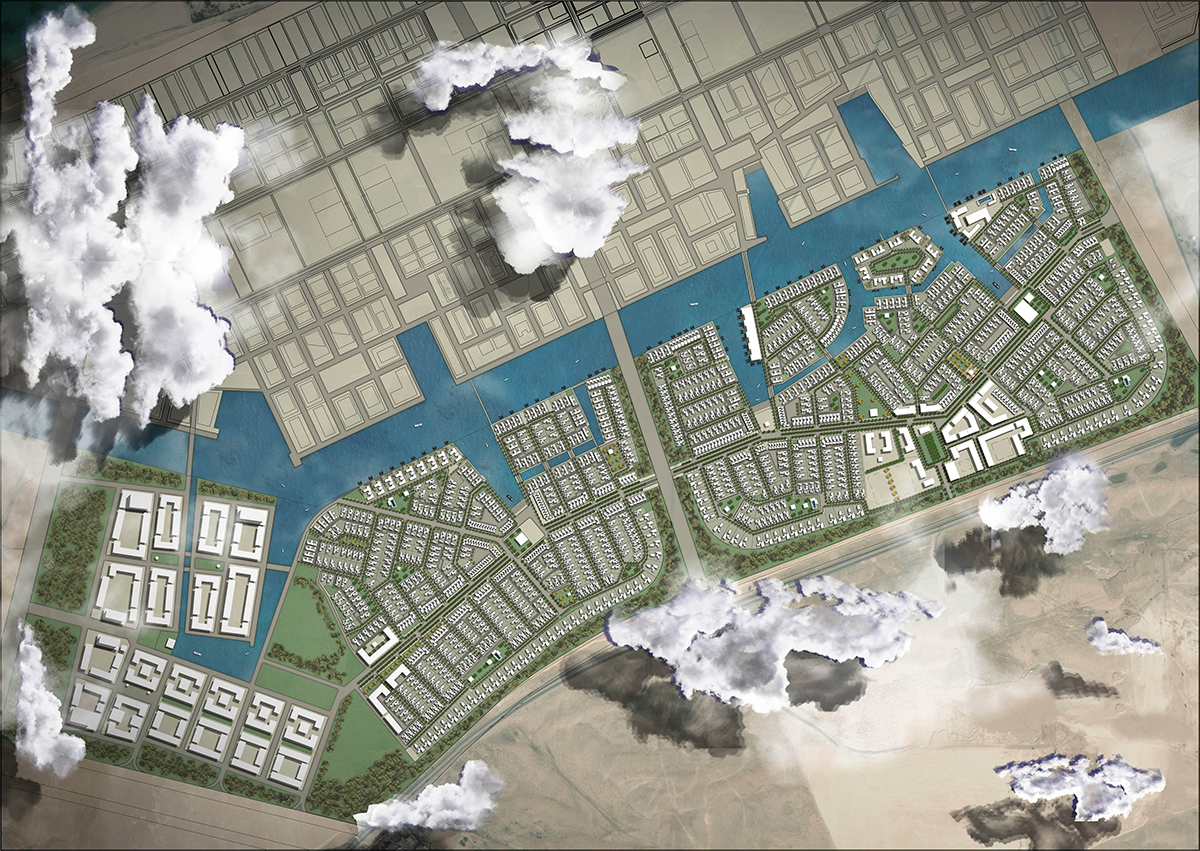 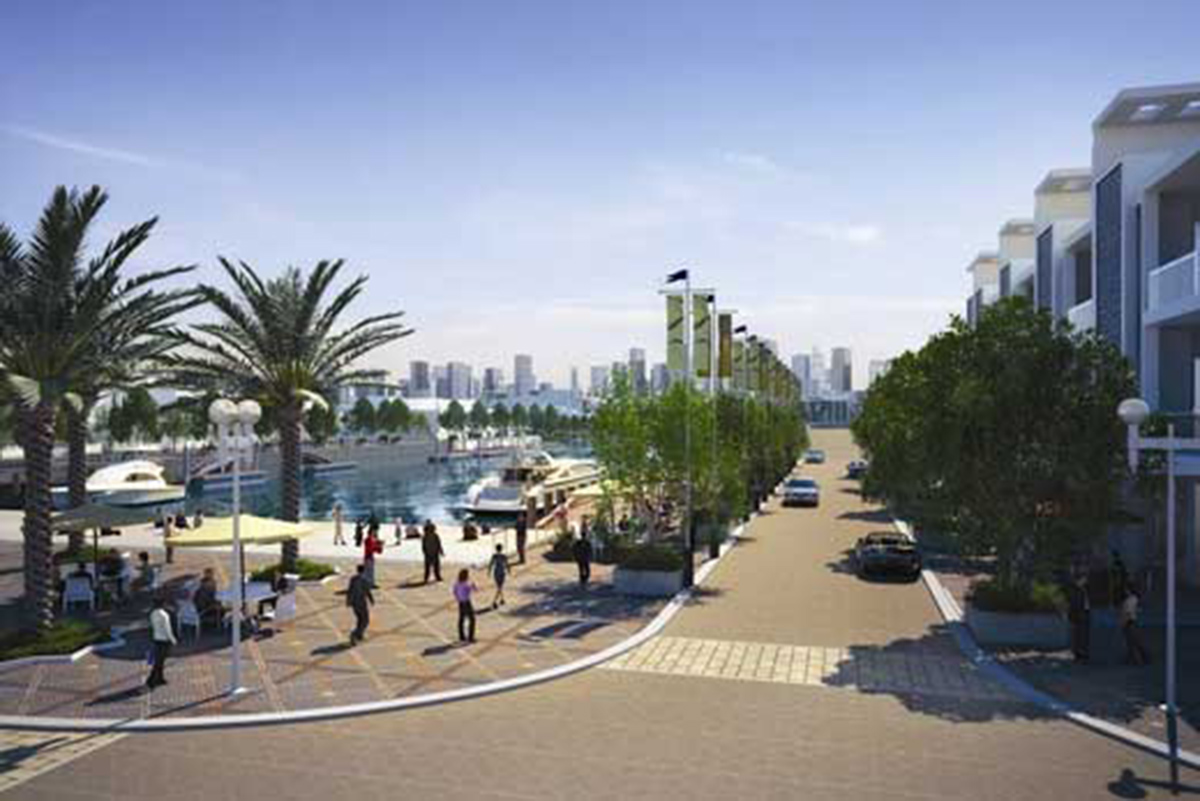