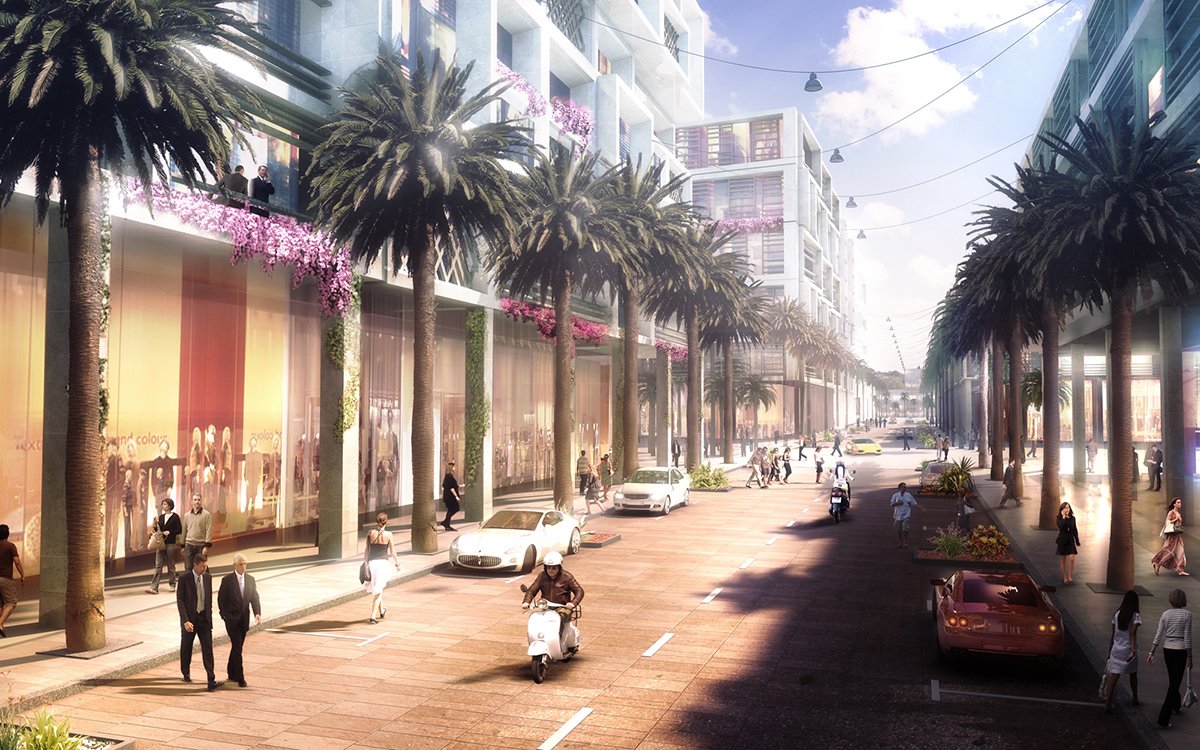 INFORMATION
Waterfront City is a mixed-use proposal located in 15 minutes from Beirut Central Downtown, Lebanon, completed by studio LFA. Overseen by Majid Al Futtaim Properties, the project envisions the transformation of the region’s largest marina and the surrounding 40 hectares of land overlooking the Mediterranean Sea into the preeminent waterfront destination. Upon completion, Waterfront City will achieve a synthesis of unity, harmony, and symphony combined with world-class design to provide the area with a unique development opportunity valued at over one billion USD.

It is anticipated that Waterfront City will become the area’s shining example of Tradition Neighborhood Development (TND). The current eastern boundary of the site will be transformed into a pedestrian avenue introducing a greenway with regular landscaped plantings. Specific attention was made towards maintaining public access to the water’s edge promoting the relationship between the site, the marina, and the Mediterranean. The area around the marina will provide a range of unit types including both commercial and retail opportunities and a mix of residential units in a variety of building forms. Public spaces each offering their own distinct character will serve as transitional space between new development and the existing marina.

The organization of the plan according to a regular rhythm of blocks allows for the area to maintain its Mediterranean views. A series of public spaces is woven into the fabric providing both hard and landscaped areas characterized by the first-class architecture, which defines each space. A superior level of connectivity is provided through the design of high quality streets introducing landscaping and street furnishing elements that help clearly distinguish the vehicular and pedestrian realms. Through careful design and attention to detail, the pedestrian experience is highly choreographed creating an environment unlike any other in the surrounding area.

Waterfront City represents an effort between studio LFA in association with OAD along with a team of local and international consultants. 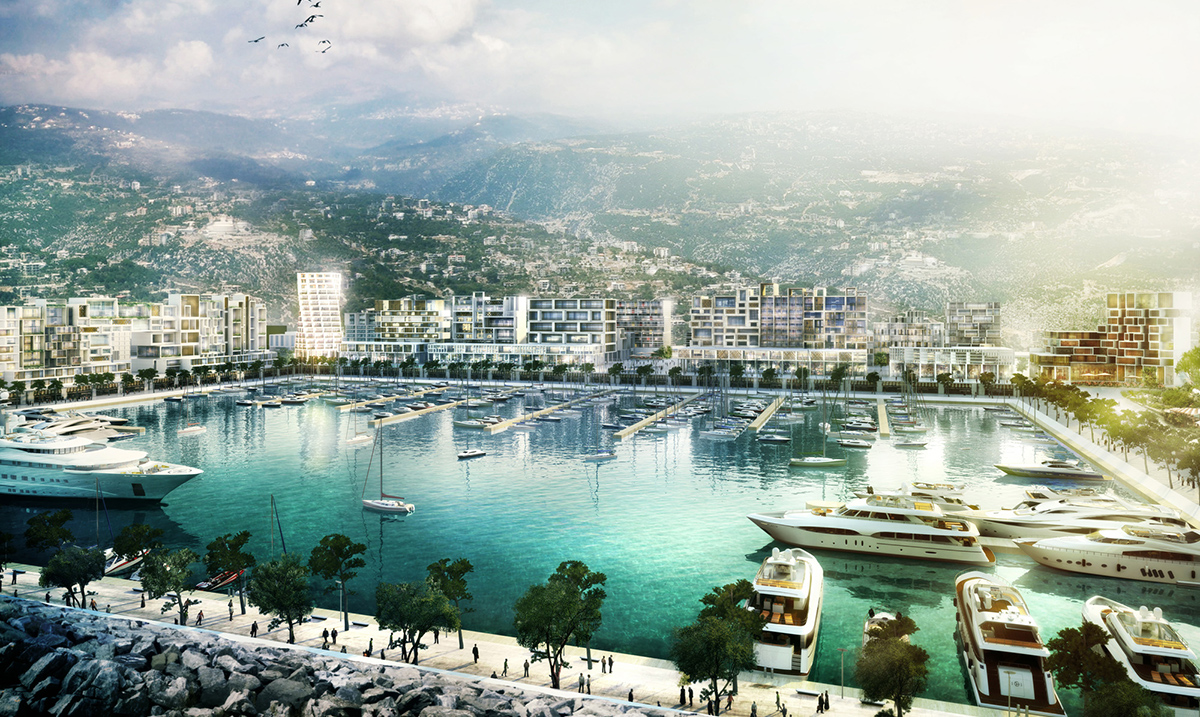 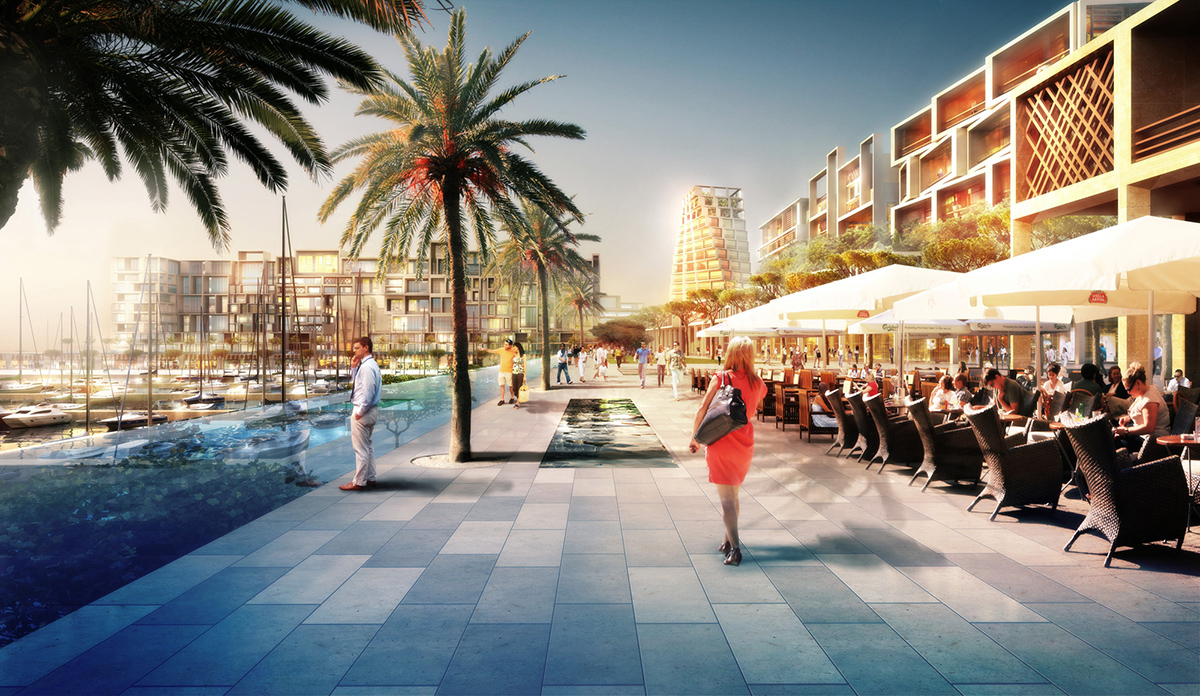 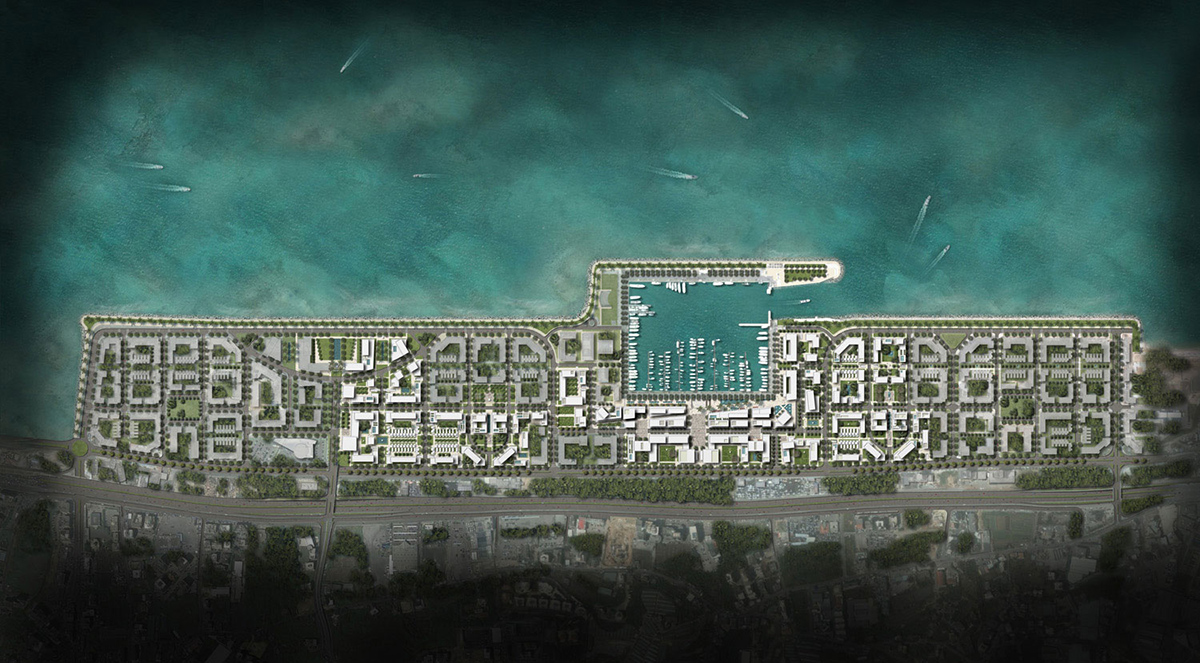